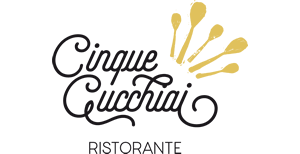 The restaurant Cinque Cucchiai in Faenza takes its name from the traditional dessert of the Bucci family: five simple and delicious ingredients that can create indelible memories and engraved over time for anyone who tastes it.

The restaurant is located in the shade of a centuries-old oak tree, giving charm and beauty to the scenery that is created. You will be welcomed in a room with a refined, romantic and Provencal style, with attention to detail. The white and its shades predominate the room, finding them in the tablecloths, furniture and walls, so as to decorate the room in an elegant way.

Everything integrates perfectly with the environment that surrounds it, being able to admire from the windows the impressive panorama in which the restaurant Cinque Cucchiai is immersed.

Here you will find a menu with fish proposals, but there are also meat and vegetarian dishes. The products are at km 0 and you can see this simply by admiring the beautiful Kitchen Garden Park, located next to the restaurant, with the colors of plants and herbs that you will find in the dish.
In addition, you will be delighted by homemade bread, breadsticks and "focacce" baked every day, homemade pasta and products cooked with care and love.

If you do not know what to choose, you can choose between our unique dishes (with pasta, main course and side dish of our choice) or a 4-course culinary path, so as to try the combinations made by our Head Chef Alessandro Terrasi and our brigade.

The restaurant in Faenza Cinque Cucchiai is waiting for you to offer you "romagnoli" dishes like you’ve never eaten before.


Since his young age, the Head Chef Alessandro Terrasi has been fascinated by the advertising dishes, different in aesthetic terms from those that his mother prepared, from which he learned the first rudiments.
In his adolescence he attended the Hotel School of Riolo Terme, where he began to divide his first experiences between restaurants for weddings and hotels on the Riviera Romagnola. More specifically, Terrasi begins to mature his skills in Milano Marittima together with his cooking professor who decides to take him with him.

After school, the Head Chef decides immediately to get to work and take responsibility for small restaurants. He began to gain experience inside an Italian restaurant in Miami Beach, and then landed at the restaurant Giardino dei Semplici (formerly Palazzo Tesorieri) in Bagnacavallo, where he was fascinated by creative cuisine.

Later, he moved to Faenza and worked, for a total of 8 years, in the restaurant Angusto of the local Clandestino. Here Terrasi gives life to all his skills and desire for expression of a pop cuisine, imaginative and with fusion influences, thanks to which he receives several mentions and good results on the Gambero Rosso guide.
In the meantime, he spent a period of 2 years in the local Noè in Faenza to work alongside the national sommelier Andrea Spada.

After other experiences between Imola and Lugo, he landed at Villa Abbondanzi Resort in Faenza, where he is currently Head Chef of the restaurant Cinque Cucchiai.

The à la carte menu of the Cinque Cucchiai restaurant in Faenza includes many fish-based dishes, from crudités to fried. You can choose from many dishes that you find among our starters, first and second courses, in order to satisfy any type of taste.
If you prefer to taste other of our proposals, the menu will offer you delicious meat dishes, always maintaining the spirit of the "romagna" tradition: tagliatelle pasta, roasted meat and much more, combined with the contemporary cuisine.
The Cinque Cucchiai restaurant changes menus about twice a year, in order to bring fresh products suitable for the season in which we are. 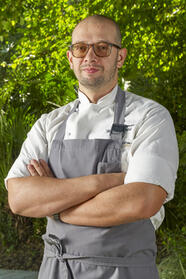 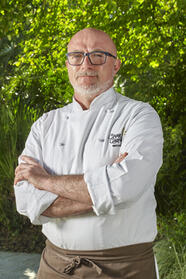 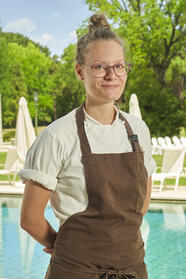 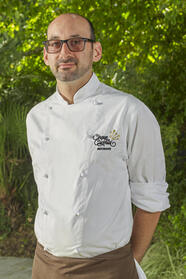 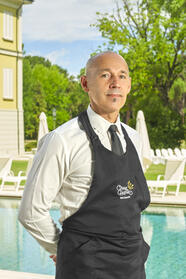 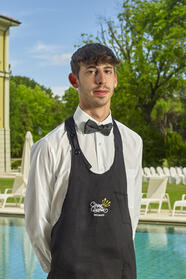 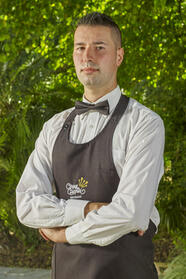 Sign up for our newsletter,
you'll get a preview of special discounts and promotions.
Select at least one preference:
Restaurant
Well-being
Hotel offers
Events
Weddings
Business Offers
I have read the privacy policy and I agree to the processing of personal data. 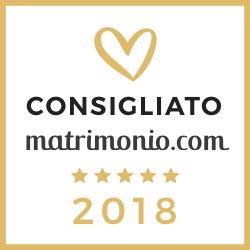